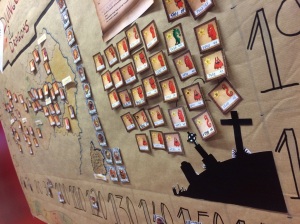 At Kramp we had a cool bugfixsprint where we visualized all bugs as monsters on an island during one sprint.
By the end of the sprint (10 days in the bottom of the playing field) all monsters had to be moved to the graveyard.

The developers were called warriors during the sprint and could earn points by defeating monsters (the warriors were walking around the island based on their points)
One could earn more points with complex bugs (bosses).

Every morning during stand-up we celebrated the daily winner of the previous day.